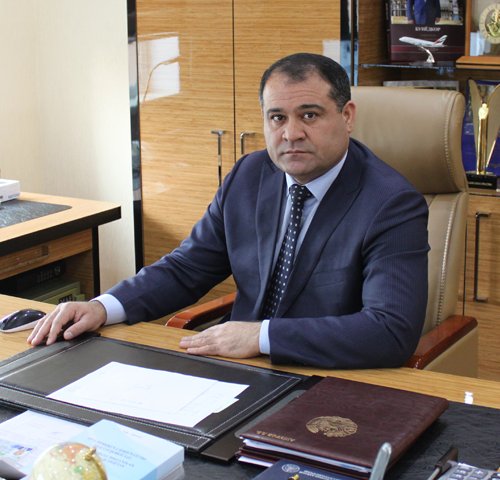 Started his carrier with the Ministry of Security of the Republic of Tajikistan (1996 - 2006).  His background in Civil Aviation system initially is as manager, Deputy Chief of commercial industrial service of the State Unitary Enterprise “Tojikiston”.  From 2009 to 2016 he held various leading positions as Deputy Chief of commercial industrial service, as Deputy Director General and First Deputy Director General at the JSC “Dushanbe International Airport”.

On 13 October, 2016, he was appointed Director General of SUE "Tajikairnavigation" under the resolution of the Government of the Republic of Tajikistan.

He is married and has five children.